What is an IP Camera?

What is an IP camera?

There was a time when security cameras were widely seen to be specialist devices that were only needed by prestigious businesses and required technical expertise to be installed. Today, with the general public perhaps a little more conscious about home security, coupled with advances in technology and modest prices, more and more people are looking at how to protect their home with smart applications such as IP cameras.

What this means, however, is that ordinary people who may not have technical knowledge find themselves in the position of having to understand what type of home security cameras they need and what it can offer them. In this article, we look to demystify what an IP camera is and how it can help you. 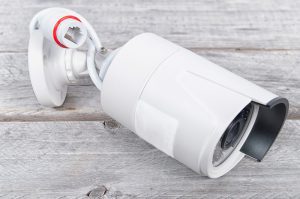 IP stands for Internet Protocol. An IP address is a code of four groups of numbers used to identify computers and devices on the internet. An example IP address is 172.16.24.1.

Every website on the internet has an IP address. When you put in an internet address, such as bbc.co.uk, an internet lookup system converts this address into a unique IP address so that your browser can display it.

An IP camera has an IP address, and this is used to locate the camera on a network or the internet.

A brief history of IP cameras

Before IP cameras, security cameras were connected by wires to recording and monitoring stations.

The first IP camera was launched in 1996 and was the Axis Neteye 200 from Axis Communications. Though the camera could transmit images to any internet-enabled device, it could not stream real-time video. Instead, a snapshot image was transmitted each time the camera was accessed. It also needed a dedicated OSYS server. This system was expensive and not suitable for home use, unless the homeowner was very wealthy.

In 1998, the Mobotix camera was released. This used the Linux operating system to transmit and record live video images.

In 2005 the first IP camera that could auto-detect a number of events was built by Intellio. This camera could distinguish various events such as objects being stolen, humans crossing a line, and a car moving in the wrong direction.

In 2008 camera manufacturers decided on a common system for IP cameras. This meant that cameras produced by different manufacturers could communicate with each other. 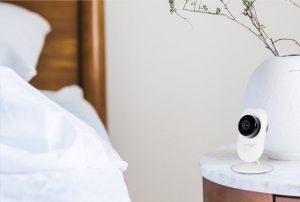 Modern IP cameras have several advanced features. They can be paired with smartphone tablet and computer apps to enable video images to be accessed anywhere where there is internet access.

IP cameras capture analogue images with a lens, then convert these images to digital form. These images can then be streamed directly from the camera to a router to join the home network. From the router, they can then be accessed from the internet via the IP system.

They transmit using the TCP/IP protocol that is the standard system for both gadgets and websites to be found on the internet. Cameras can be both monitored and controlled through apps. Tilt and pan cameras can respond to a finger being swiped across an app display and the camera will shadow the movement so that a whole room area can be seen.

Cameras can be activated by sound and movement, only recording images when in an active state. Inexpensive memory cards are used to record images.

Two-way audio means that you can speak to people inside the house when you are away. This could be used to deter burglars or talk to other members of the household who are at home.


What are the benefits of IP cameras?

IP cameras can record and transmit images in high definition for high-quality images. Some have zoom lenses to magnify areas.

Sets of IP cameras can send images via the internet, and an app can switch between the various camera views. Images can be compressed so that on slower internet connections, the video images are a reasonable quality.

More expensive IP cameras contain artificial intelligence which can recognise faces and detect unauthorised persons entering. These are useful for business security use, but are not needed for most homes.

IP cameras can be wired or wireless. Wired cameras send video images via a wire directly to the WiFi network. Wireless security cameras, as the name implies, transmit images without wires, though they may need a wire to plug the camera into a mains socket. Battery-operated IP cameras are available, but they are not suitable for when you are away for a few weeks and unable to change or recharge the batteries. 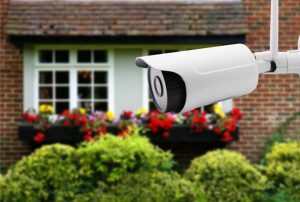 Once the IP camera is mounted and powered it is easy to set up. Simply download a smartphone, tablet or computer app and the set-up screen will guide you through the simple process of connecting to the camera(s). Once a connection is established, it is easy to control the system from anywhere in the world as long as you have access to the internet.

Most mobile phone packages include internet data so that you can connect to the IP camera system from almost anywhere. Cameras usually come with their own app which is usually free to download from the Apple, Android and Windows app stores. You don’t need a top-of-the-range iPad or smartphone to operate the app, and you can easily switch between different cameras if you have a multi-camera system.

IP cameras can be integrated into a smart home system. You could, for example, use your IP camera app to see if you have left any room lights on. You can then turn off an internet-enabled light remotely.

IP cameras used to be very expensive but have come down considerably in price, hi-spec models now available from around £50. Some models can be bought in sets which bring down the cost per camera. You need enough IP cameras to outside the house to view entrances, windows and driveways. Inside the house, mount IP cameras in the main living areas. Once installed, cameras can send alerts to your phone whenever movement or noise are detected.

You do not need to be an expert to install and operate IP cameras, but professionals will gladly help you if you need them. 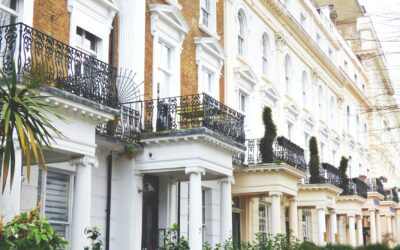 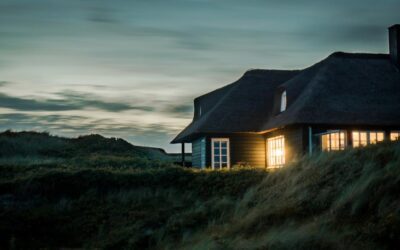 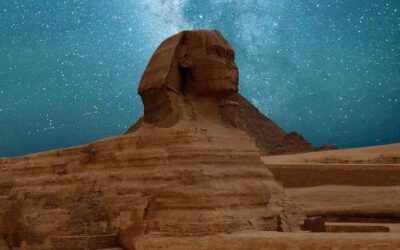 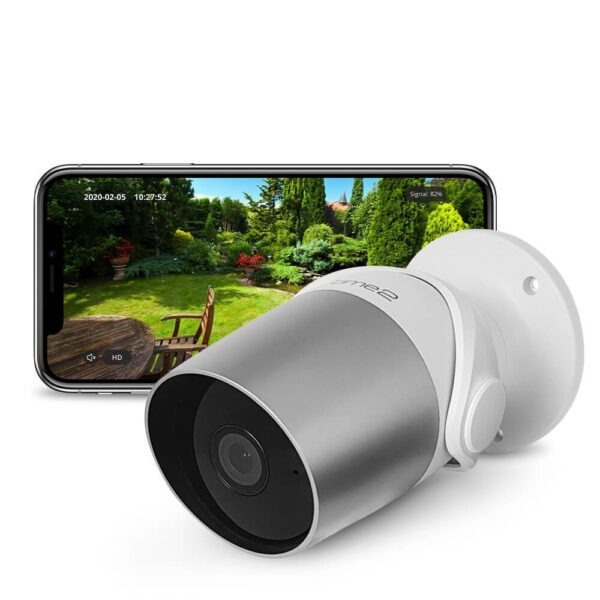